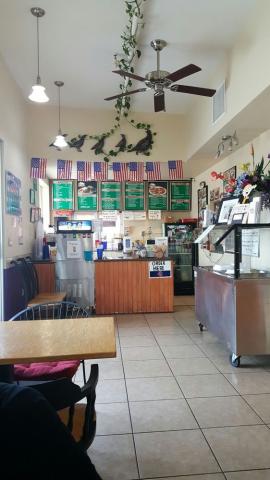 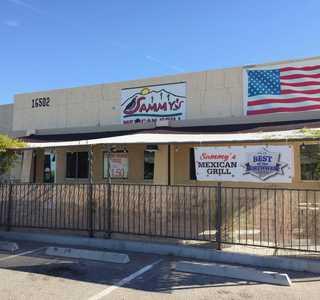 Access image
Image Metadata
Summary:
A family-owned establishment, Sammy's Mexican Grill offers authentic Mexican dishes made from recipes that have been handed down from generation to generation.
Description:

Sammy's is located in Catalina, Arizona on Oracle Road. They were voted Best of the Northwest in 2017 by Tucson Local Media and won second place for the same award in 2018. The restaurant is a joint venture between husband and wife Betty and Jorge Rivas which started as a food truck in 1996. Sammy's has now been serving their community for over 20 years.

One of Sammy's most popular menu items is "Georgie's Burrito," which weighs in at approximately 2 lbs. The burro is named after Betty's and Jorge's son, Georgie, who weighed in at nearly 9 lbs when he was born. Sammy's is named after Betty's and Jorge's oldest son, Samuel, who they call "Sammy." They decided the name was perfect for the restaurant since it was easy to remember in both English and Spanish.  View the full Historypin here