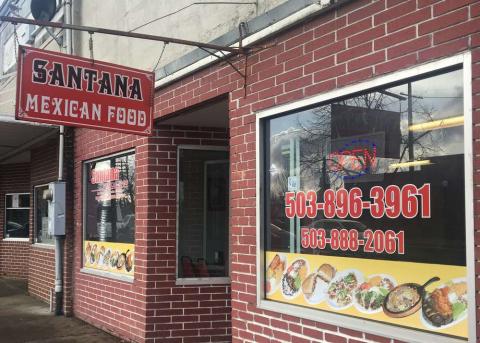 Prior to opening their restaurant in Woodburn, the Santana family had owned a successful taqueria in Mexico City, Mexico for 16 years.12 years ago, the Santana family moved to Oregon where they opened a restaurant. The restaurant, located in Tualatin, closed after half a year because the owner sold the establishment without letting the Santana family know about the sale. They had a food cart in downtown Portland, OR for 3 years. Their first food cart was operating for a year before someone crashed to it. The family was able to get a new food cart, which they later sold after two years. In July of 2014, they had the opportunity to open up a restaurant in downtown Woodburn. This was a great location because the there was an exhaust hood already installed in the kitchen, which saved saved the family $ 20,000 since they didn’t have to install their own. Woodburn, OR is also known for their large Latinx population. Santana’s restaurant has been able to become part of the community through their involvement with the community. They cater different events, including but not limited to Pacific University, Woodburn School District and other venues.